Economy, English, Top-ENG What Do State-Owned Development Banks Do? 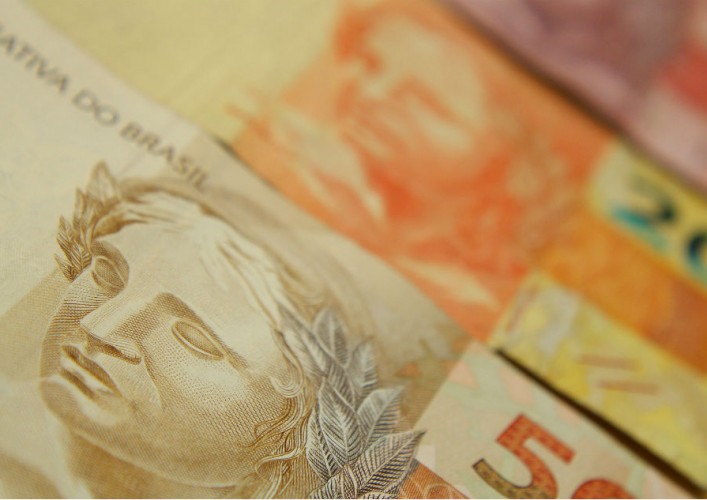 What Do State-Owned Development Banks Do?

As Brazil is in the midst of what may become the longest recession in Brazil’s history, Brazil’s National Development Bank (BNDES), whose loans represent more than 20% of the total credit to the private sector, is increasingly becoming the object of public scrutiny. While BNDES was seen as a key element of Brazil’s high growth in times of the commodity boom, a growing number of economists are now saying BNDES is at the heart of a fundamentally ill-conceived strategy of Brazil’s state capitalism, largely responsible for today’s malaise. Two much-commented articles by Consuelo Dominguez in Piauí Magazine about the institution and its president (which can be roughly translated as “The Developmentalist“, 2010 and “The Drain“, 2015) paint a damning picture of the bank’s activities. While the debate about the pros and cons of large national development banks is not new, the dimension BNDES-lending took under Dilma Rousseff explains why the institution’s role will be among the most hotly debated issues as policy makers and commentators try to make sense of Brazil’s economic collapse — and as they design ways to overcome the current crisis.

Read also
Why Washington struggles to understand the BRICS
Can South America thrive under a commodity-driven economy?
Are the “market friendly” developing countries more successful?

In this context, Sergio Lazzarini, Aldo Musacchio, Rodrigo Bandeira de Mello, and Rosilene Marcon have written a detailed and very informative paper assessing the impact of Brazil’s National Development Bank between 2002 and 2009. It provides a much-needed injection of hard data in a debate that risks being hijacked by ideologues on both right and left, whose opinions are diametrically opposed when it comes to the role of the state in the economy. Indeed, while BNDES played only a very limited role under Fernando Henrique Cardoso (and even supported the privatization process), supporters of the PT usually argue in favor of a strong development bank. What is often forgotten, however, is that the United States, often demonized by PT stalwarts, was important in the creation of the bank (then called BNDE) in 1952, when a joint Brazil-United States Development Commission—made up of engineers and technocrats from Brazil, the United States, and the World Bank—recommended the launch of a development bank to improve and renew Brazil’s energy and transportation infrastructure.

Today, development banks matter greatly and are by no means limited to poor countries: In 2012, Germany’s KfW, Brazil’s BNDES, and the China Development Bank had outstanding loans representing, respectively, 15.5%, 11.3%, and 12.4% of their countries’ GDP.

How can we think of the debate about development banks? According to the industrial policy view, development banks specialize in providing long-term capital and lending to companies that would not undertake projects if it were not for the availability of long-term, subsidized funding. They reduce capital constraints and spur industrial development. The political view, in contrast, sees lending by development banks causing multiple sources of credit misallocation, either because development banks may bail out companies that would otherwise fail, and because politicians create and maintain state-owned banks not to channel funds to socially efficient uses, but to maximize their own personal objectives or to engage in crony deals with politically connected industrialists.

In the Lula years, analyzed in this paper, have BNDES’s loans and equity changed firm-level performance and investment, as predicted by the industrial policy view of development banks, or has the selection of its targets been affected by the types of distortion suggested by the political view?

The authors’ analysis shows that there is no consistent increase in profitability, market valuation or investment amongst the firms receiving funds from BNDES, either as debt or equity. The effect of the subsidized loans seems to be, therefore, a simple transfer from the government to the shareholders of the borrowing firms. Yet there is also strong support for the existence of cronyism: firms that donate to winning candidates are more likely to receive funding in the form of loans from BNDES. As the authors write,

Because the effect of winning candidates on BNDES loans is simply the estimated coefficient of winning candidates times the size of BNDES loans (US$ 166 million, on average), we find that an additional donation for a winning deputy apparently increases loans by around US$ 45.9 million. Considering our previous results that BNDES loans reduce financial expenses somewhere between 4% and 12%, the private gain from each additional donation to a winner would bring net yearly benefits of between US$ 1.8 and 5.5 million until the next election. In contrast, the average donation per winning candidate for each firm in our database was US$ 22,820 in 2002 and US$ 43,903 in 2006. Even if we consider that there may be substantial donations “under the table”—estimated by Araujo (2004) as twice or ten times the official figures—the magnitude of the estimated effect is far from trivial.

As they further explain,

Winning candidates will be in the position to convince the government to approve pork-barrel projects favoring firms that funded their campaigns. Those winning candidates can also appoint allies in the management ranks of state-controlled firms controlling the selection of large projects. Such projects include concessions, government-sponsored projects, and other types of public contract, all of which have been accompanied by substantial BNDES funding. The authors thus find no evidence to support the industrial policy view. Yet they only find evidence for half of the political view. BNDES loans benefit politically connected capitalists, but the bank only rarely bails out inefficient firms — this explains why BNDES as a whole remains profitable. This does not, however, mean that BNDES contributes to Brazil’s overall development. Recipients do not change their performance and investment as a consequence of the new loans, probably because they could fund their projects with other sources of capital. By targeting those firms, BNDES “may also leave only high-risk firms to private lenders, therefore inhibiting the emergence of a private market for long-term lending”, the authors explain.

One way to reduce the strong connection between winning BNDES loans and providing political donations would be to reduce the bank’s focus on large firms, and rather lend to small and medium-sized companies which have difficulty raising money — and which are too small to shower politicians with campaign donations.

While the paper is critical of the strategy employed by BNDES between 2002 and 2009, the authors do not question the existence of development banks in general — rather, they seem to call for a more sophisticated debate about how such institutions should operate.  They point out that more research is needed, particularly considering how important BNDES has become to understand Brazil’s economy — yet their paper already provides important information that will help advance the public debate on the future of one of the world’s largest development banks.