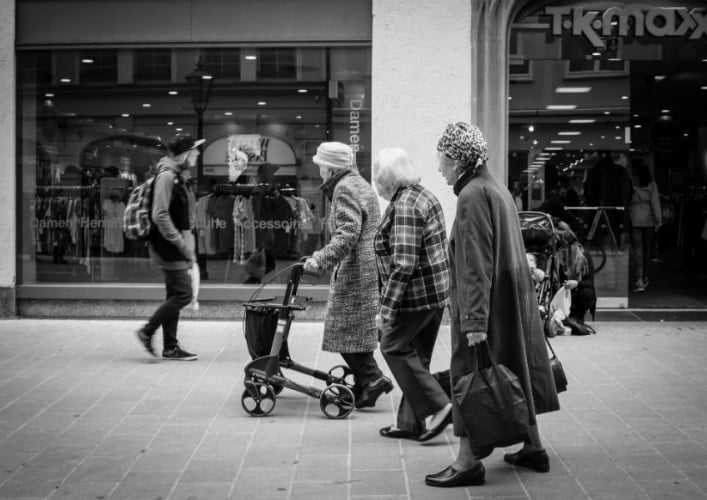 The pension problem at the heart of Germany’s envied economy

Germany often encourages much jealous muttering. The country found an easier path than most through the global financial crisis and is now even touted as the world’s best nation (at least according to one survey). Besides stellar engineering and economic efficiency, the German model also stands for social equity. This “social market economy”, however, is increasingly put into question by the looming spectre of old age poverty.

Read also
Partnership
What Do State-Owned Development Banks Do?
Why Washington struggles to understand the BRICS

On the surface, all is well. Unlike many of its peers, the German pension system is in comparatively sound financial shape. Even though the number of working people per retiree is predicted to halve in the next 40 years, the share of GDP spent on pensions will increase by less than 2%. The current influx of refugeesshould, moreover, slow down the shrinking of the workforce.

It is the design of the so-called Bismarckian pension system that makes widespread pensioner poverty an imminent threat. Instead of funded pension schemes – common in the US or the UK – where pension payments are pooled in large pension funds, the German government merely keeps a virtual tab (on a pay-as-you-go basis). Other state-run pension systems, for example in Nordic countries, distribute by means of a more generous base pension; the German system is still geared toward status maintenance for high earners.

This equivalency principle (you get out what you pay in) discriminates against low earners. Measured by the replacement rate – the proportion of your last salary that you receive in retirement – Germany has the second lowest in the OECD for low and average earners. This means that even if you work your entire life, your pension rights may be below the minimum pension. More concretely, a German worker earning half the average wage has a replacement rate of 53%, compared with 75% across the OECD.

Efforts have been made to address this. The Bismarckian system works just fine when employment is high and stable. In the 1980s, however, rising unemployment, an ageing population and new social risks began to force German policy makers into action. After several rounds of electorally unpopular increases in contribution rates and raising the retirement age, Gerhard Schröder’s government introduced tax-subsidised, funded private and occupational pension schemes. The controversial 2001 law marked a major shift toward a more individualised, market-oriented pension mix, intended to relieve the public pension pillar and foster stock ownership among a traditionally reluctant public.

The reform’s impact has been less than impressive. While Germany’s capital markets have attracted more and more foreign investors since the 1990s, this had little to do with the emergence of national pension funds. Meagre take-up rates of funded schemes, especially among low earners and small businesses, mean that these alternatives fail to compensate for the retrenchment in public pensions.

Discouraged by people’s reluctance to invest in market-based products, policy makers are now focusing their efforts on spurring company pensions. Recent proposals by policy makers from the state of Hessiaand the ministry of labour seek to “nudge” companies into providing occupational schemes. Firms would have to opt out of paying into a funded, state-run pension fund. Its proponents hope for this simple, government-backed alternative to boost take-up rates.

Such plans are laudable, especially if they also aim to correct for disincentives among low earners (whose private pension savings are currently deducted to the extent that their public pension is below the minimum rate). Yet these proposals do little to tackle the larger issue at hand.

Besides low birth rates, higher life expectancy, longer education time and an increasing share of single-parent households, Germany is also the poster child of labour market dualisation: pampered workers in the industrial and unionised core contrast with part-time and irregular work in the peripheral service industry. Plans intended to lift pick-up rates for funded alternatives hardly reach those at risk of pension poverty, as they often can’t afford to pay into such schemes and their employers are disproportionately likely to opt out.

What we see is an awkward institutional mix, where new elements are layered on top of an old system that has yet to be adjusted for new social realities. A second policy shift is in order, or at least a completion of the first. A more generous base pension would be the logical continuation of recent policies including pension credits for child and elderly care, which already undermine the equivalency principle. Timid steps in this direction are part of the current government’s coalition agreement, but even if implemented, will hardly be enough to turn the tide.

The contractual understanding of the pension system as a “social insurance” is deeply embedded in the national psyche. Thinking of pensions as something more akin to public goods such as education or infrastructure – where what you pay in and what you get out are basically uncorrelated – will be a tough sell to the electorate and will take a lot of political capital.

If nothing unforeseen happens, in 2017 Angela Merkel is going to be elected to serve her fourth and last term in office. She’s neither known to be a visionary, nor deeply invested in social issues, but a true pension paradigm shift would surely be a worthy legacy project.

* Nils Röper is a PhD student in the Department of Politics and International Relations at University of Oxford.