English, Human Rights, Politics Is the European Union turning its back on refugees? 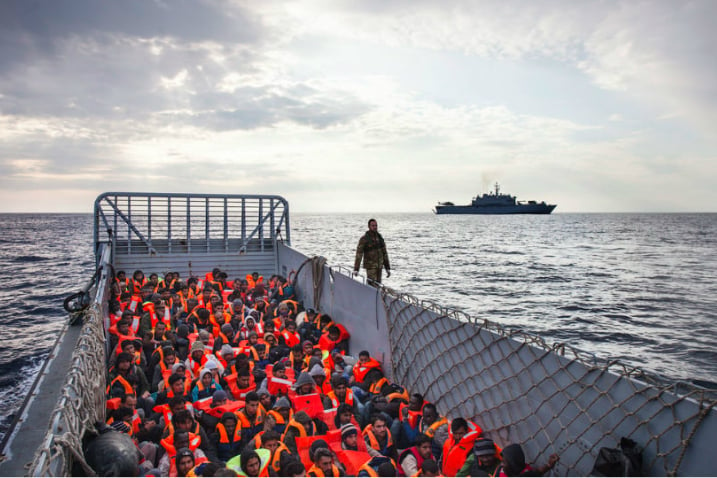 Is the European Union turning its back on refugees?

Amid the Syrian humanitarian crisis, the developing countries continue to bear most of the burden of asylum, while the EU members offer protection to only a fraction of those in need

In historical terms, 2013 holds the most negative record of forced migrants in almost seven decades. In that year, according to the UNHCR, refugees, asylum seekers and internally displaced individuals summed 51.2 million people worldwide for the first time in the post-World War II. If considered a country, these individuals would be the 26th largest nation in the planet. Most of this result was driven by the civil war in Syria, which has already created over 3 million refugees, besides the conflicts in the Democratic Republic of Congo (DRC) and the long term instability in Iraq.

With the rise of the Islamic State (Isis) in parts of Northern Iraq and Syria, the number of global refugees is likely to increase, as identified by the UNHCR. According to the UN agency, the advance of Isis has boosted the number of Iraqis fleeing to neighbouring countries. This scenario is not exactly new, since in recent years there has been an increase in the number of refugees worldwide. What is particularly symptomatic, however, is the role taken by developing nations in the solution of forced migration issues.

In 2013, 86 per cent of the world’s refugees were hosted in the least developed nations, compared to 70 per cent a decade ago. This means that poorer countries – usually the neighbours of conflicted nations – have been increasingly assuming a larger burden of refugees and asylum seekers than developed nations, especially regarding the humanitarian crisis in Syria. So, what has been the response of European Union countries to the recent global refugee crisis?

It has been deeply concerning in the point of view of human rights, one can argue. Two recent events are illustrative of that. First, in October 2014 the government of the United Kingdom announced that it would not support future operations of search and rescue of migrants and refugees in the Mediterranean. The British government argued that rescuing migrants in the high sea “encourages” people to take serious risks who make this crossing. On the other hand, wide range research conducted by Eric Neumayer, professor at the London School of Economics, indicates that life threatening situations in the migrant’s countries are the most relevant reasons for them to flee. Thus, not directly connected with any kind of humanitarian support offered in the Mediterranean.

The British decision occurred only a few weeks after the International Organization for Migration (IOM) released a study pointing out that up to 3,072 migrants died in the Mediterranean in 2014, compared with 700 in the previous year. Therefore, humanitarian organizations had to point out the obvious: leaving forced migrants relying on smugglers or at their own luck will result in several unnecessary deaths. Migrants rescued at the Mediterranean sea. Image: UNHCR / A. Rodríguez

Second, the United Kingdom’s new approach coincided with the end of the Mare Nostrum operation, an official Italian search and rescue force that saved some 150,000 people in the Mediterranean in the last 12 months. Even with such record, the mission will not have a similar replacement, just a limited border protection operation run by Frontex, the EU border management agency.

These measures can be interpreted as signs of some discomfort of the EU regarding the influx of refugees in the continent. Other countries in the Union, however, have more direct position on the subject: there have been many reports of Syrian migrants being pushed back by Bulgarian and Greek authorities near their borders. In this sense, the UNHCR argues that asylum seekers have not been given the adequate protection in the EU.

All of this in a context in which neighboring nations of countries in conflict receive hundreds of thousands of refugees. This is the case of Lebanon and Turkey in the Syrian civil war. On the other hand, only about 4 per cent of Syrians sought asylum in European countries since 2011, amounting some 124,000 by July 2014. For instance, in the first half of last year, Lebanon  alone granted temporary protection or permission to stay to over 324,000 Syrians. The country is the most affected by this crisis hosting over 1.3 million Syrian refugees. One in five people in Lebanon is a refugee.

In order to demonstrate the EU’s lethargy in dealing with the current global refugee crisis, one can also consider the rates of asylum recognition registered in the union between 2010 and 2013. In this period there was a strong increase in the demand for international protection due to severe conflicts in Syria, Libya, Egypt, DRC, among other countries. In this context, only 25,8 percent of those who claimed asylum in EU members were granted some sort of protection (refugee status and subsidiary protection altogether). The number is not only below the international average rate of 30 per cent, but substantially smaller than the 37,7% registered between 1980 e 1989 in the EU, three decades ago.

Therefore, there has been a clear pattern of decrease in the percentage of offered protection in the EU since the 1980s. Eiko Thielemann and Nadine El-Enany, both linked to LSE’s Migration Studies Unit, point this out in a study on the levels of asylum recognition in EU states in the period of 1985-2005. The paper shows that the levels of granted refugee status and subsidiary protection remained around 35 per cent of the overall applications in non-EU states, having dropped from 60 to 25 per cent in EU members, meaning that the region has assumed a smaller share of the burden on assisting forced migrants inside its territory.

It is important, however, to note other aspects that might have had an impact in this decrease. In the 1980s the EU was composed by 15 countries, as opposed to the current 28. As the recognition rates vary considerably among the member states, the accession of countries with smaller recognition levels could have had an impact in the union’s overall result. Nevertheless, this fact alone is not enough to respond to the whole decrease.

One can also argue that a relevant factor in this outcome is the wide spread (and mistaken) popular perception that most of asylum seekers are “bogus” economic migrants, even though there is more “sympathy” towards forced migrants. Therefore, many critics, specially extremist politicians, defend the control of forced migration towards Europe because, according to their logic, many individuals flee not only due to conflict and persecution but for economic reasons. Such understanding has led to several restrictive policies in order to deter the arrival of asylum seekers in Europe in recent decades, as Roger Zetter, former director of the Refugee Studies Centre of the University of Oxford, highlights.

Many countries in the EU keep applying deterrence measures towards nationals from states dragged into violent conflicts. Among these tactics is the demand of transit visas adopted by the UK, France, Germany and Sweden (the top EU “receivers” of asylum applications), for example, towards nationals of Syria, Iraq and the DRC. The visa process to nationals from these countries, knowingly immersed in severe conflicts, can take up to 14 days in Germany. A period that many cannot afford to wait in security. This kind of situation led the UNHCR to enforce the need for EU  members to analyse the claims of asylum-seekers fleeing “without any documentation, with false documentation or without the necessary visa”. The appeal, however, included only  Syrian refugees.

In this sense, the EU’s behaviour on forced migration is arguably cynical. It seems quite problematic that the union keeps defending the importance of the asylum concept, while acting to maintain potential refugees outside its territory. Even though border control is an important sign of the state’s sovereignty, by not considering temporarily suspending visa demands to nationals of some countries, the EU states contribute to exposing civilians to life threatening situations and gross violations of human rights. The Union needs to rethink its humanitarian strategy and open up alternative and safer routes to forced migrants seeking asylum in the continent.