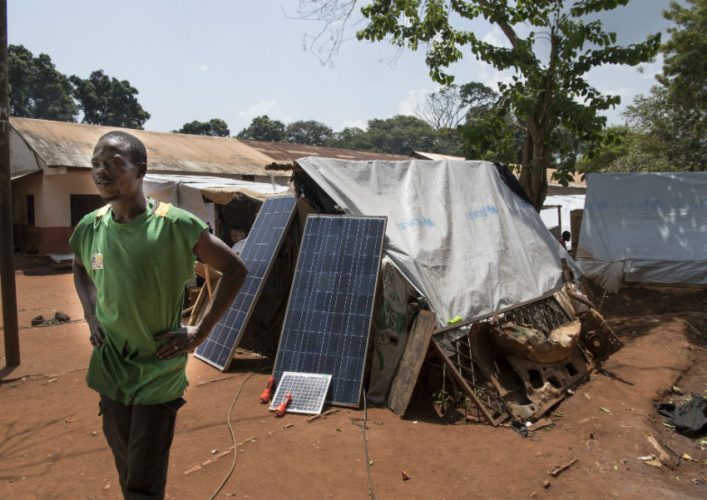 How humanitarian crises increase the vulnerability of persons with disabilities

The World Health Organisation (WHO) estimates that 15 percent of the global population (or over 1 billion people) have some form of disability. These figures can grow even larger due to natural disasters or conflicts, when more people are exposed to debilitating accidents or violence. Despite general awareness amongst different actors that persons with disabilities are more subject to a vast range of risks during humanitarian crises, few practical actions are usually taken to reduce these perils. For instance, Disaster Risk Reduction (DRR) efforts still rarely ensure the collection of disaggregated data on disability. Moreover, many actors do not comply with the recommendations from international agreements on ensuring the participation of persons with disabilities in programming, nor do they recruit technical experts on inclusion.

The vicious cycle between disability and poverty

According to the United Nation’s Convention on the Rights of Persons with Disabilities (CRPD) and to experts, disability is the combination between: 1) the individual’s impairment; 2) the barriers in the environment (lack of physical and communications accessibility, negative attitudes, absence of laws and specific policies); and 3) the individual’s social role (sex, financial situation, access to political participation, etc).

Several studies have supported the existence of a casual relationship between disability and poverty. Out of the estimated 1 billion individuals living with a type of disability in the world, 80 percent are in developing countries[2]. Those without access to education are also more likely to have a disability. According to the UN, the disability prevalence rate is of 19 percent amongst those without access to education, compared to 11 percent amongst people who had the chance to study. Moreover: it was found that 20 percent of people living in extreme poverty have a disability. Finally, women in developing countries are more likely to have a disability during their lifetime (UN, 2010).

Other figures also corroborate the existence of a vicious cycle between the disability and poverty. Children and adults from developing countries are more exposed to diseases and accidents (e.g. traffic and work related injuries). They often do not have access to adequate healthcare, nor to important information such as road safety, vaccination, disease prevention or where to seek medical assistance. Concurrently, persons with disabilities face relevant barriers to access social protection and health care services, quality education and livelihood opportunities, increasing their chances of remaining in poverty.

Humanitarian crises often deepen the scenario of exclusion due to, among other issues, the destruction of physical structures, the disruption of public services, economic hardship and political, religious or ethnic disputes. Simultaneously, they can increase the incidence of accidents, violence, and disease outbreaks. These factors, on the other hand, may lead to an increase of disability within the affected population.

The case of Iraq

During humanitarian crises, international organisations often lead most of the emergency response. This was the case in Iraq during the military operations against the jihadist group Islamic State and the Levant (ISIS). In 2014, ISIS took control of large swaths of territory, including Fallujah, Hawija and Mosul. As of late 2017, over 3 million people became internally displaced in the country as a consequence of the mass scale violence. An even larger number was in need of humanitarian assistance.

Even though most of the response has been led by the UN and international organisations, persons with disabilities are still being overwhelmingly excluded from the most basic services. For instance, there is no reliable information regarding the number of persons with disabilities affected by the conflict. According to the data collected by different Internally Displaced Persons (IDPs) camp managers in the Mosul area, the rates are below 1 percent. This figure is far below the WHO’s estimation of 15 percent prevalence rate of disabilities within a population, which raises questions on the adequacy of data collection methods.

Upon arrival in a IDP camp, the head of household is usually interviewed by the camp management team. The questionnaire asks about the existence of a person with ‘physical’ or ‘mental’ disability[3] in the household, however, due to stigma, very few interviewees provide this information. Therefore, this methodology is inadequate to correctly identify the number of persons with disabilities arriving in these camps. Furthermore, the tools used by different actors for needs assessment cannot accurately collect data on intellectual impairments and mental health conditions.

One can also mention as causes of exclusion the lack of involvement of groups of people with disabilities (DPOs) in planning, implementation and monitoring of humanitarian projects as well as the limited number of technical experts on inclusion working for mainstream organisations. These aspects prevent projects, activities and services from being sustainable and from meeting minimum quality standards. Projects are, thus, designed without taking into account the specific needs of persons with disabilities, resulting in their overall exclusion and invisibility to service providers.

Some practical problems arising from the issues mentioned above in Iraq are: 1) the lack of security during and after displacement (between areas controlled by ISIS and the government controlled locations); and 2) the barriers to access basic services such as WASH, shelter, food, education, child protection and Gender Based Violence, among others.

During the perilous displacement routes, persons with disabilities were exposed to extra risks, in particular those with mobility and speech restrictions, and those using assistive devices (e.g. wheelchairs, crutches, walkers). For instance, in the military checkpoints, male adults and boys above 13 years old were separated from women and thoroughly interrogated for security screening purposes, even those with disabilities. Being in a stressful environment without a relative by their side to assist with with communications, could lead to abuses by the security forces or even arrest for suspicion of affiliation with ISIS. Furthermore, after arriving in the camps or in the host communities, children and women with disabilities were vulnerable to violence, sexual abuse and mistreatment.

Lack of physical accessibility and absence of communication, information and education materials in accessible formats were common in most camps, resulting in overall exclusion of persons with disabilities from basic of services. In some camps, adult diapers were distributed for persons with disabilities accessible as an alternative to toilets, which was both discriminatory and humiliating. Furthermore, distributions of food and non-food items were disorganised, dangerous and inaccessible for most people.

Persons with disabilities were also overwhelmingly excluded from activities such as child protection, GBV services, and psychosocial support. For instance, children with disabilities were often not allowed in many child friendly spaces (where leisure activities and psychological support would take place) without the presence of a parent, which was discriminatory. Moreover, these structures did not meet accessibility standards,nor the staff was trained on how to include children with disabilities in the activities. As a consequence, these children were often found by social workers inside their tents, sometimes even tied to the furniture.

The exclusion of persons with disabilities from humanitarian assistance exposes them to protection risks and perpetuates stigma and prejudice. This, consequently, violates a number of international agreements, such as the Universal Declaration of Human Rights, the Convention on the Rights of Persons with Disabilities, the 1951 UN Convention on Refugees, among others.

In the last few years, there has been an international move to change that scenario. However, there are still many challenges to ensure that any improvements are implemented at field level. With this in mind, the next article of this special series will analyse this move, its challenges and the way forward to guarantee the rights of persons with disabilities even in the most complex humanitarian responses.

This article is based on the author’s personal field experience. It does not reflect the views of any of her previous employers.

[1] Iraq was selected as a case study due to the author’s work experience in the country.

[2] Despite the comprehensive disability definition used in this article, focusing on the limitations of functionalities of an individual based on their impairment is the approach most commonly adopted when collecting data on persons with disabilities.

[3] Although this is not appropriate language, these were the exact terms used in the questionnaire.