Economy, English Can South America thrive under a commodity-driven economy? 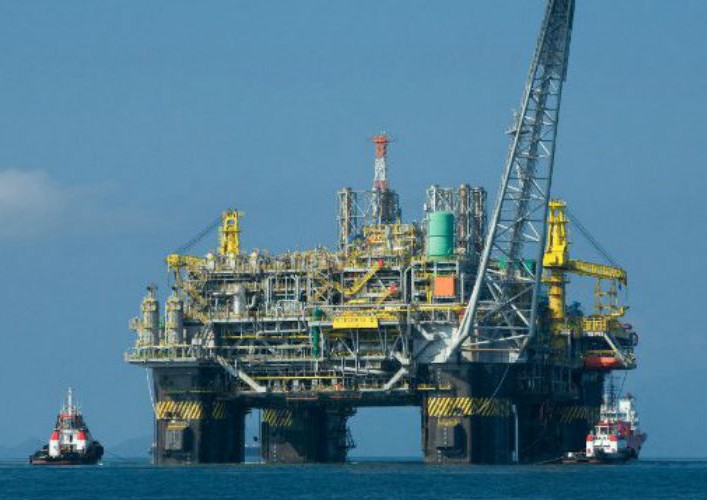 Can South America thrive under a commodity-driven economy?

After some years of steady economic growth and geopolitical integration, the countries of the region struggle to perform with a reduced demand for its local goods

The economic history of South America has been characterised by cycles of boosts and booms driven by the international demand of commodities, making the region volatile and dependent on the international demand for these goods. From the highly protectionist import substitution industrialisation policies aimed at developing the infant industry during the 70s to the market integration of the last decades, the twelve countries are slowly trying to overcome their dependence by diversifying their economic model and addressing social issues, such as tackling inequality levels. But are these economies strong enough to avoid recession and consolidate unique models that target the needs of their population?

According to the World Bank, the current scenario is not very bright, since not only South America, but also the whole of Latin America’s growth rate has slowed in the last couple of years. By last January, regional GDP growth has fallen to a third of what it was in 2013, accounting for 0.8 per cent per year. Brazil, the biggest economy of the region, with a population of 200.4 million, outlived a consistent decline in economic growth since the beginning of the year. Reuters reported that “the median estimate for economic growth for Brazil [which is a forecast estimate of the year before the official GDP growth results are released]dropped to 0.13 per cent from 0.38 per cent in the previous week’s survey and 0.55 per cent a month earlier”.

In the Andean countries – which are big commodities exporters – the situation is not very optimistic either. Chile is responsible for producing alone one third of the world’s copper, while Colombia and Peru are characterised for having a weak manufacturing sector since its economies are highly focused on exporting commodities, which accounts for two-thirds of their total exports. As a consequence, “current account deficits [in both countries together]are forecast to reach 5 per cent of gross domestic product this year”, which is “a level not seen since the 1990s when the region was associated with default”.

Argentina and Venezuela may be getting more attention due to their political turmoil caused by highly interventionist governments that are often accused of manipulating the country’s macroeconomic numbers, but are no different from the rest of the region when it comes to commodities. The exports of soybeans mostly guide Argentina’s economy, but with the perceived slowdown in the global demand, the country’s external debt is still persistent and has become a major issue. Data from the World Bank shows that during the fiscal year of 2014, the “accounts had a primary deficit of 0.9 per cent of GDP and a total deficit of 2.5 per cent of GDP”. Consequently, “public sector revenue rose 42.5 per cent whereas spending increased 45 per cent”. In general terms, this means that in comparison to previous years, Argentina’s growth is predicted to be borderline null.

In the same context, being oil abundant is proving to be more of a curse than a blessing to the Venezuelan economy, which is facing recession. The recent plunge in prices to an average of 57 US dollars a barrel led the country to turmoil, since oil represents 96 per cent of the exports. According to The Financial Times, the previous scenario puts Venezuela in a “spectrum of concern”, since investors are fearing default.

But despite the region’s staggering slowdown in growth rates, South America has never before been as integrated and market friendly. One example is the Southern Common Market (Mercosul or Mercosur). Comprised by Argentina, Brazil, Paraguay, Uruguay and Venezuela, the trading bloc grants a full customs union for its members, leading to a decrease in tariffs and intra regional trade barriers. In broad terms, the trading bloc is positive for South America because it ensures free competition between its members, which leads to coordinated macroeconomic policies, even though it does not always have its regulations implemented fully by all parties.

Despite the increase in the levels of integration and the internal efforts to trigger economic growth, the slowdown in South America’s economic activities only proves that the region is not yet strong enough to be less vulnerable to international shocks. The industrial output may be significant for countries like Brazil, but it lacks consistency in places like Chile and Peru. Thus, commodities are still the main forces behind the local economy. In order to become more competitive in the global economy, South America as a whole strongly needs to develop a consistent and credible economic setting, where commodities are not perceived as a problem, but as a solution to increase reserves in times of crisis.

The former can only be achieved by consolidating the private and public institutions that have been historically questioned by corruption scandals involving the government, such as the Petrobras case in Brazil. With stronger institutions come credibility and the development of a business-friendly environment that generates economic growth and investments. For example, South America needs to invest in education in order to have a transition from a low to a high skill labour force. The countries of the region need to invest in research and development and increase their level of technology, to later have innovative and specialised industries that are globally competitive.

As of the moment, South America has abrupt current account deficits caused by the decrease in foreign demand for its commodities and high levels of inflation, which is targeted to reach 8 per cent by the end of 2015 in Brazil and recorded 16.54 per cent in Argentina last March. The trend is to see an increase in interest rates and currency devaluation. With higher rates, come higher prices and borrowing money becomes more expensive. Consequently less money will be circulating, reducing the dynamism of the economy and businesses decrease their activity. Therefore, there is an urgent need to shift the local economic policy of the region as whole, aiming at fiscal adjustments and consequent cuts in public spending by for example, stimulating the privatisation of companies and increasing foreign investment, in order to avoid the cyclical history of dependency triggered by international demand to keep on repeating itself.

Journalist and economic historian with a master degree from the London School of Economics.