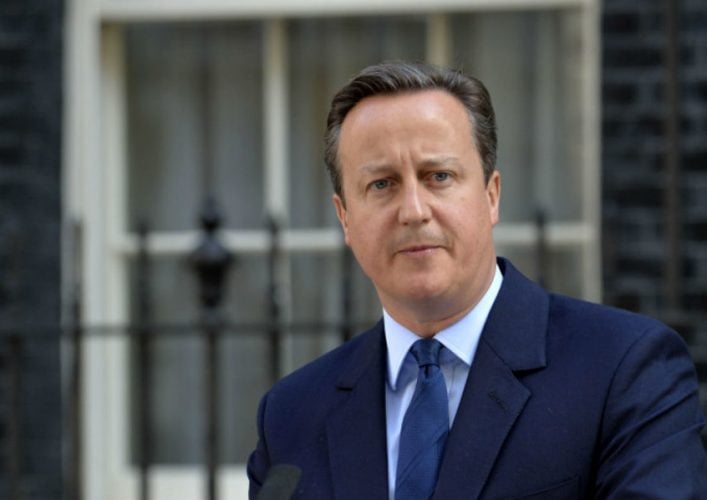 Brexitania: Post-truth politics, the fallout, and the way forward

In the five or ten years to come, the incompetence of the Leave camp will be exposed

The UK’s Brexit referendum outcome has left Europe, and the world, in disbelief. After 40 years, Britain’s historic decision to turn its back on the European Union has divided the country—a division that cuts not only across families and friends, but also between the “establishment” and the electorate. It is perhaps this latter divide that is most pronounced. But will this division last? Brexit presents a unique opportunity to expose and debate some of our most pressing problems, and to restore the bonds of trust between voters and the political elite.

Britain leaving the EU does present some important challenges—both economic and social— that have splintered the British political, economic, cultural and ideological landscape. It has put England and Wales at odds with Northern Ireland and Scotland. It has put Leave voters at odds with Remainers. But in the aftermath of Brexit, these competing voices will have to negotiate reality instead of rhetoric, to mend wounds instead of open them.

The referendum illustrated the breakdown of voter trust, as political elites failed again to represent the interests of their constituents. In this sense, Brexit is an outgrowth of elite mismanagement: what other means do disenfranchised citizens have to express their discontent? Brexit was a vote against austerity, against the insecurities created by globalisation, and against an elite that has enjoyed the benefits of free movement throughout the European Union.

The Leave campaign harnessed this discontent by—rather irresponsibly—adopting a decidedly anti-elitist and anti-expert discourse. Their campaign speeches spurned fear, and pointed out that the Remain advocates—so adamant about Brexit’s negative economic consequences— were the same “experts” blindsided by the 2008/2009 economic crisis. Michael Gove’s candid observation that “people in this country have had enough of experts” makes this case in point.

Certain elements of the political elite (which includes Farage, Gove and Johnson, of course) have exploited this situation by advancing a largely self-interested agenda. Politicians are among the least trusted professions (even bankers fare better), which allowed some insiders to exploit this sentiment for significant political gains across large sections of the electorate. This turned discussions of politics into debates about trust, and curated a particular menu for Leave voters: facts, those pesky policy realities, became matters of belief and interpretation; expert advice, so discredited, was easily discarded.

Most likely, Brexit will not be as bad as Remain (and some experts) have claimed; nor will it be as pleasant as the picture painted by Leave. But, we must give some credit to experts on this occasion: the pound hasdropped in value; companies are planning to relocate; Brexit has become a legal nightmare; and European partners have assured Britain that it will receive limited access to the single market without free movement.

The reverence for experts is not the only casualty of the Brexit debacle; our political discourse has also changed: Brexit has christened post-truth politics. In these times, £161 million equals £350 million; freedom of movement is no longer a pre-requisite to access to the single market; and political instability cannot possibly cause macro-economic shocks. In the imagined land of Brexitania, anything goes.

And since the referendum, we have witnessed the soapbox collapse under the Leave campaign’s most outspoken advocates. Even Boris Johnson has come to the realisation that ‘Tory candidates need a plan for Brexit’, a veiled mea culpa given his own failure to draft one.

Nevertheless, Farage et al. do not seem to mind. Quite to the contrary: the UKIP leader offered a self-satisfied speech in the European parliament, where The Guardian’s Zoe Williams likened Farage to a “man who had set fire to the country club because they never gave him a good enough reason for refusing his application. That’ll show them, with their in-jokes, with their stupidly perfect lawns.”

Complex problems rarely yield to simple answers. In the five or ten years to come, the incompetence of the Leave camp will be exposed, as the party of Johnson et al. find themselves in the spotlight. In trying to negotiate a sustainable deal with the EU, in line with their campaign, they will inevitably fail.

Amid this chaos, opportunity awaits. The complexity will give our political leaders a chance to engage in a substantive debate, to sink their too-clean nails into the dirt of these issues, to understand and describe the complexities of both European and national relations, and to build a renewed sense of political trust. It will demonstrate that, in some cases, experts and competent politicians are indeed necessary.

Few have seen David Cameron speak as frankly as he has in recent days, both at the European Council meeting in Brussels last week and at PMQs. Hilary Benn and Tim Farron, political cogs in a struggling machine, also have important contributions to make, with the latter already committing his party to a pledge to take Britain back into the EU in the next general election.

In the hangover of political crisis, Britain will have the chance to engage—face-first—some of the big questions, the country now unable to ignore of the discontent so prevalent among and across groups in our society. Most importantly, this period will offer politicians the chance to re-connect with the public, to motivate and share their passions, to demonstrate the rightful role and need for expert and responsible leadership, and to tailor trust.

Brexit may have been birthed by despair, but its consequence need not be as bleak. The challenge is to rebuild Britain’s political foundations, and that debate ought to begin now.

*Niels Goet a DPhil candidate in Politics in the Department of Politics and International Relations, Oxford. His research interests include institutional change in parliaments, parliamentary debates, and quantitive methods. He works as a teaching assistant for the Oxford Q-Step Centre.