English, Human Rights Boycotts are not a long term solution to sweatshops 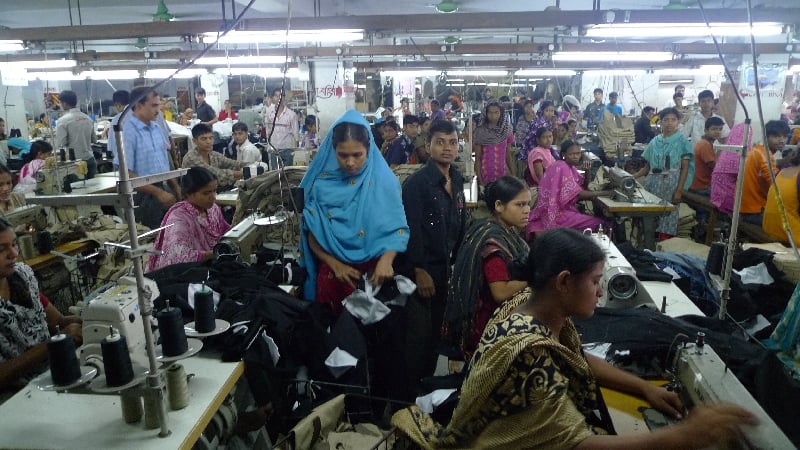 Boycotts are not a long term solution to sweatshops

In the past few decades, the media has been announcing numerous cases of large multinational companies (MNCs) that violate labour and even human rights in developing countries, where their mines, factories or crops are located. These companies opt to operate in countries with lenient labour laws, corruption and few or non effective inspection mechanisms in order to reduce its production costs. This decrease in costs is achieved due to little observance of employers’ safety, health and well-being, since work place conditions resemble those of modern slave labour. From the African iron ore mines to the Asian sweatshops, these labour and human rights violations have generated an intense international debate about how to improve work place conditions in developing countries.

The second article of the “International Trade and Labour” series will explore the sweatshops and a few myths surrounding mainly the shoes and textile sectors. It will also analyse how boycott campaigns led by civil society actors have had little effect on promoting change and what are the possible alternatives to guarantee that workers’ rights are respected.

The sweatshop myth – from cheap to luxoury brands

The term “sweatshop” originated in the 19th Century, to describe the poor conditions in textile factories in England and United States. Nowadays it refers to a work place with inhumane and insalubrious conditions, with working hours above the maximum allowed by law, and salaries bellow the country’s minimum wage. In addition, these factories are accused of not observing minimum safety measures and of mistreatment of employees, a violation of many national and international labour and human rights. The MNCs that use sweatshops in their production lines do so in order to reduce their production costs, and consequently, increase their profit margin. In this sense, one of the main myths surrounding the sweatshops is that only cheap brands use cheap labour force, so their products will reach the final consumer at more accessible prices.

Although it is correct to state that stores such as Primark, Zara, H&M, and Gap can sell their products at such low prices because they violate labour laws overseas, luxury brands follow the same pattern. Armani, Gucci, Prada, Dolce and Gabanna, and Burberry have also been accused of having sweatshops. This accusations to brands famous for selling expensive products demystifies the notion that only cheap stores explores their employees in developing countries.

There is still (even if it is a little weakened nowadays) a movement pro sweatshop. Their most used argument is that the employees consider working in these factories, as poor as the conditions are, better than having no job at all. This argument is backed up by thousands of statements from workers around the world, who guarantee that they prefer working in what it is consider today slave work, rather than being unemployed.

A general low-cost labour is one of the reasons why MNCs seek to establish their production lines in developing countries in the first place. That means that low minimum wages (or at least lower than it would have been in their home countries) happens in every sector of the economy; not only in sweatshops. Therefore, the poor work conditions and low salaries of sweatshops are the rule in country, not the exception.

It is not surprising, thus, that we see on the media stories from sweatshop workers defending their employers. An article published on The New York Times tells how Asian workers feel about their jobs at what is considered sweatshops. They use these stories to defend that “…sweatshops are a clear sign of the industrial revolution that is beginning to reshape Asia”.

Although the article looks like it has been paid by a multinational to defend its labour and human rights abuses, it brings interesting points about how are the conditions in general for the entire population in these countries. When I lived in Tanzania, I heard many stories similar to the ones from the NYT article. I heard from women working in a quarry, earning less than 1 US dollar a day and working seven days a week (under a strong sun or heavy rain), how that job was what kept their families from starving.

It is difficult to hear these stories and keep demonizing the sweatshops. However, it is important to read between the lines the real meaning of “this job is better than no job at all”. These rationale is not a result of the workers satisfaction with their current work conditions, but from the absence of better alternatives. The debate, in this sense, should not be centered around sweatshops, but on how to improve work conditions in developing countries as a whole.

Why boycotts are not a long term solution?

In the last few decades, civil society actors have tried to promote the idea that boycotting the MNCs accused of violating labour laws would eventually force them to improve the working conditions in their overseas factories. Bringing what these companies do overseas to the public’s attention is an important way to guarantee transparency and accountability. It is important that consumers know exactly what they are buying so they can make an informed decision.

The idea behind the boycotts follows this logic: they aim to pressure companies to improve work conditions in their factories overseas by threatening to reduce their profits. The boycotts show MNCs that cutting down production costs that violate labour and human rights to increase their profit margin will not have the expected results, since their profit will fall due to less people buying their products. Although in theory the boycotts make sense, in practice they do not have the intended results on the long term.

The first point to be made is that successful boycotts require great publicity and mobilisation as well as the maintenance of this attention for years. In the short term, boycotts can be effective and the targeted MNCs can promise to promote change. However, as soon as the public’s attentions is diverted or decreased, the company can go back to violate the rights of its workers abroad.

In this sense, boycotts do not change the scenario in the long term, being merely a palliative measure. The second point is that they can also worsen the situation, since the companies might decide to compensate the decrease in profits by cutting salaries or implementing other measures that affect employees.

The third point is that boycotts are directed to one company, not the overall situation in countries where sweatshops prevail. Therefore, even in cases where this did work, such as with Nike, the overall work condition in many developing countries did not improve or reached minimum standards.

International pressure is needed. However, this pressure needs also to be directed to governments (from both developing and developed countries) as well as international organisations such as the UN, IMF, WTO and the ILO so long term solutions can be put in practice. Strict laws and effective monitoring mechanisms need to be established so people do not need to resort to employers who disrespect their rights. Boycotts to companies, in this sense, tackle the symptom, not the cause of the problem. Laws and official monitoring tools, on the other hand, protect all workers in a country and guarantee long term efficacy.

The next article will analyse the extractive industry, concluding the argument in favour of stricter labour laws. Stay tuned!