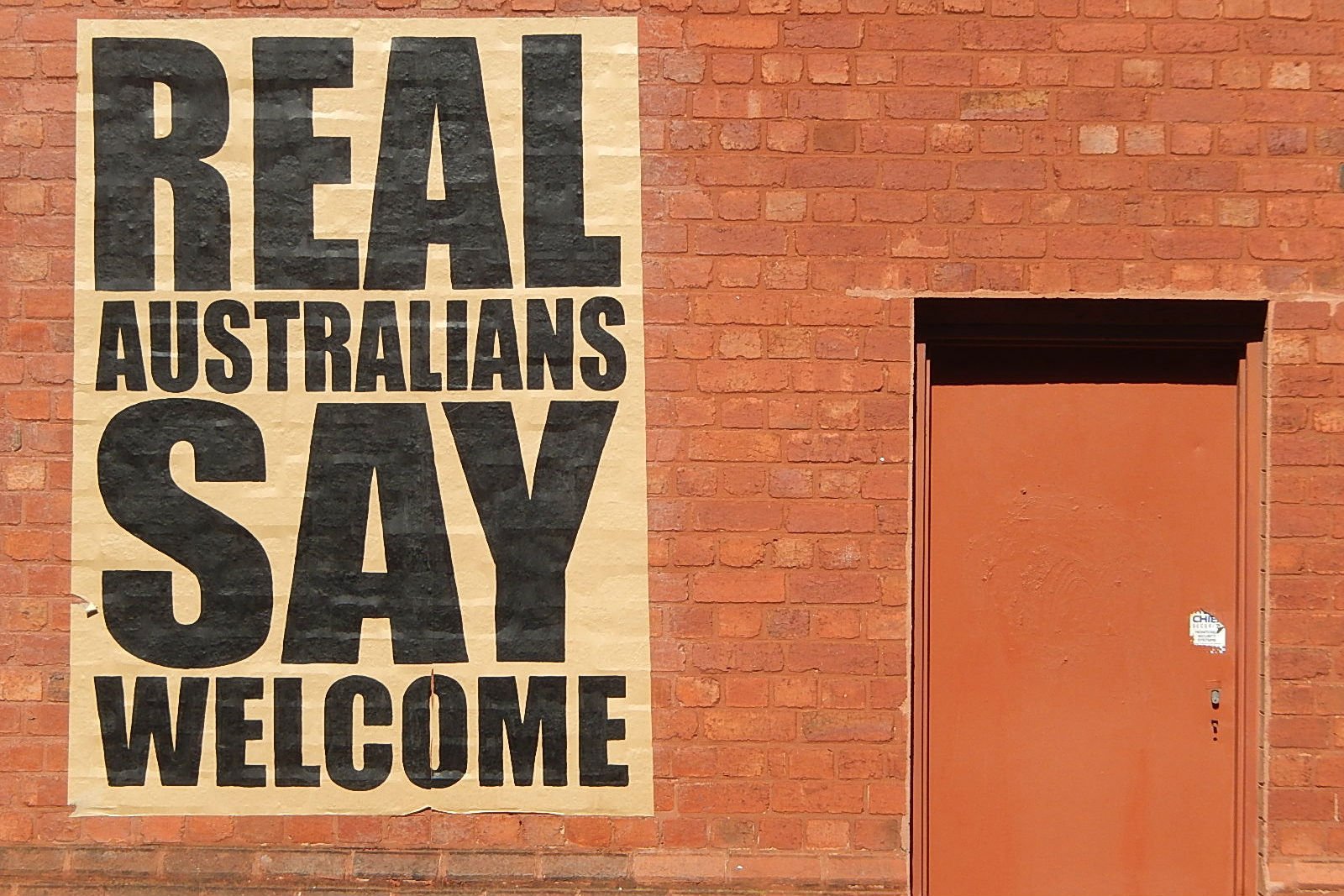 Rich developed countries continue to refrain from taking more refugees, while poor countries bear most of the burden of providing refuge

In the past few weeks, our newspapers have been dominated by such headlines, each of them testifying to a displacement crisis of truly global dimensions. According to the United Nations, the number of people uprooted by persecution and armed conflict now exceeds 50 million, the largest number since the end of the Second World War. While the vast majority of refugees continue to flee to neighbouring states, a growing proportion make long, complex and usually arduous journeys from one country and continent to another, alongside migrants who are moving to improve their standard of living or rejoin family members.

The causes of this phenomenon are not difficult to discern. Recent years have witnessed a series of particularly violent armed conflicts, most notably in countries such as the Central African Republic, Iraq, South Sudan, Syria and Ukraine. Longstanding crises in states such as Afghanistan, the Democratic Republic of Congo and Somalia have gone unresolved, preventing the repatriation of existing refugee populations and provoking new waves of displacement. Despite earlier hopes that the country would embark upon a process of democratisation, Myanmar continues to persecute its Muslim minority. And after a decade of relative peace in Burundi, political violence and instability have triggered a new refugee exodus.

There is little prospect that the current displacement crisis will subside. The system of global governance established in the 1940s, with the United Nations Security Council at its centre, is failing to restore or keep the peace in many parts of the world. Globalisation has not only encouraged mobility by giving people better access to information and transportation, but has also reinforced inequalities within and between states, thereby providing another motivation for people to move. While its impact is impossible to quantify, the process of climate change and the increased incidence and intensity of natural disasters is acting as a new driver of displacement.

The world’s response to this situation has not been particularly auspicious. Millions of dollars have been spent on emergency relief for refugees and displaced people, while the humanitarian system as a whole is striving to improve its effectiveness and efficiency. But the international community and its constituent states have failed to respond in an equitable manner to longer-distance and transcontinental movements of refugees, asylum seekers and migrants.

In the words of the Universal Declaration of Human Rights, “everyone has the right to seek and to enjoy in other countries asylum from persecution”. And according to the UN Refugee Convention, states must not “expel or return a refugee in any manner whatsoever to the frontiers of territories where his life or freedom would be threatened”.

While Australia ostensibly endorses both of these important principles, the country has played a regrettable role in challenging and undermining them.

How exactly has it done this? By establishing a naval blockade that prevents refugee boats from reaching the country’s shores. By holding asylum seekers in detention at sea for days on end and examining their claims to refugee status in the most cursory manner. By forcing such people into lifeboats and pushing them into Indonesian waters. By incarcerating asylum seekers and refugees in remote foreign locations where the rule of law is not respected. By trading refugees with one authoritarian state  (Hun Sen’s Cambodia), in exchange for huge amounts of aid. By colluding with another (Sri Lanka under the Rajapaksa regime) in the apprehension and rapid return of its asylum seeking citizens. And by holding recognised refugees in indefinite detention on unknown security grounds.

While it contravenes both the letter and the spirit of international refugee and human rights law, the Australian approach to asylum has attracted the attention of other prosperous states, most notably those in Europe. This can be seen quite clearly in the way that the European Union is responding to the current movement of refugees, asylum seekers and migrants from Libya across the Mediterranean Sea. EU states have scaled down search and rescue missions in the belief that they provide an incentive for desperate people to embark on overcrowded and unseaworthy boats. They have resisted the principle of international responsibility sharing, by shunning a scheme to ensure that refugees are distributed equitably across the continent. They have mooted the notion of “offshore processing” rather than admitting asylum seekers to their territory and examining their claims to refugee status there. And most alarmingly of all, they are planning to launch military operations that will identify and destroy refugee boats before they set sail.

The dangerous nature of this initiative cannot be overstated. Indeed, recently leaked documents demonstrate beyond any doubt that the risks are well known to the EU’s politicians, bureaucrats and military chiefs. According to one paper, the military operation will take place in “the potential presence of hostile forces, extremists or terrorists”. It “could lead to the increase of the migratory flows in other areas, especially in the Western and the Eastern Mediterranean”. It could lead to “casualties” and a “loss of life”, involve a “risk to the EU’s reputation”, and “trigger a negative response from the local population and the wider region”. “An EU information strategy” will consequently be needed from the outset, so as “to facilitate expectation management”. As in Australia, therefore, the EU’s ‘stop the boats’ strategy will rely upon media manipulation.

It would be misleading to suggest that responding to mixed movements of refugees, asylum seekers and migrants is a simple task. When such people arrive in a country, they have to be fed, housed and provided with medical care. Their asylum applications have to be examined. Those who are deemed to be refugees have to be helped to settle successfully in their new society. And a lasting solution has to be found for those who are not recognised as refugees. None of these are simple or cost-free undertakings.

Migrants rescued in the Mediterranean. Image: UNHCR / A. Rodríguez

At the same time, there are several reasons why highly prosperous countries such as Australia and the EU’s member states should respect their responsibilities towards refugees.

First, such countries should be setting a much better example to the rest of the world. Why should countries such as Jordan, Lebanon and Turkey, for example, be expected to host millions of Syrian refugees for years on end, when much wealthier states are unwilling to admit far smaller numbers of people who have escaped from armed conflict and persecution in their country of origin? The inequity of this situation is unsustainable, and it is not surprising that some developing and middle-income countries are now emulating Australia and the EU by stopping the boats and closing their borders.

Second, history shows us that responding to large-scale maritime movements can be done in a manner that is consistent with international refugee and human rights law. In the 1980s, for example, the Comprehensive Plan of Action for Indo-Chinese Refugees (CPA), strongly supported by both Australia and Europe, introduced a slew of measures designed to address the movement of boat people from Vietnam and Cambodia: an anti-piracy campaign; a rescue at sea and disembarkation operation; the large-scale resettlement of refugees to countries around the world; and eventually the return of those asylum seekers who did not qualify for refugee status. Could a new CPA be envisaged for the Rohingya who are escaping from Myanmar, or for the Eritreans, Somalis and Syrians who are making their way to Europe?

Finally, by failing the world’s refugees – and in the process demonising them – Australia and Europe are directly challenging the right “to seek and to enjoy in other countries freedom from persecution”. That right is one that should be celebrated rather than challenged. It has saved the lives of millions of people around the world. It has had many positive outcomes, enabling many refugees to establish productive new lives in the countries that have admitted them, and allowing others to return to their own countries (once it is safe for them to do so) and then to contribute to the rebuilding of their own societies.

By respecting the right of asylum, states have an opportunity to reaffirm a universal principle that was born of a previous failure of the international community – to provide adequate sanctuary to Jews and other minorities who were subjected to fascist persecution.

This article was originally published in the newsletter of Rights in Exile Programme. Read the original here.