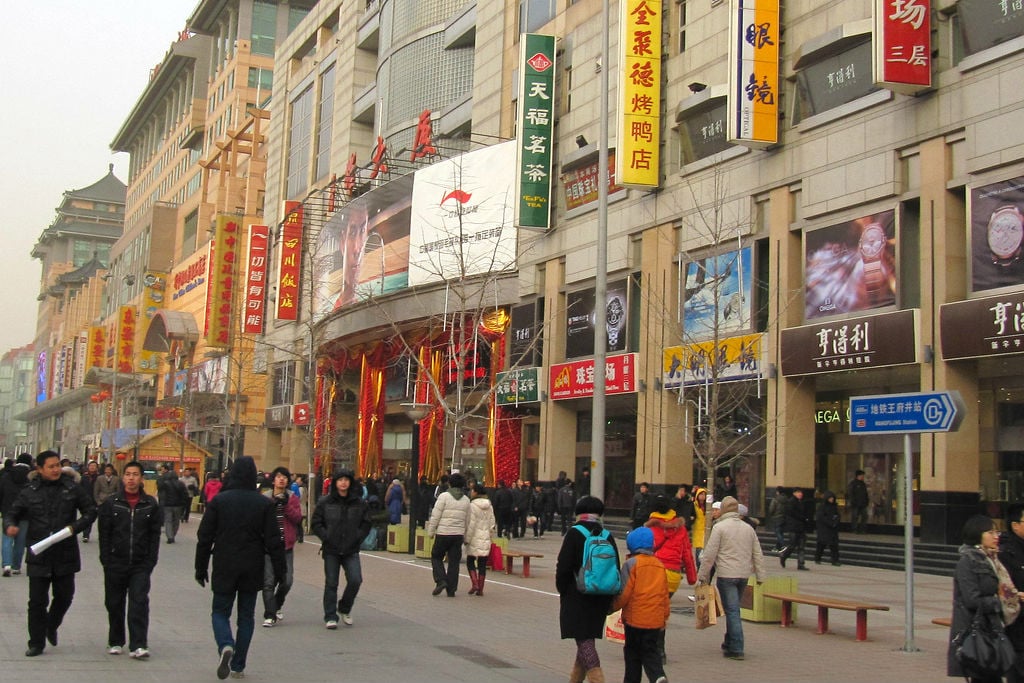 Why China, India and Brazil are examples of countries that had expressive GDP growth in recent years by not resorting only to neoliberal policies

In recent months, Brazil and India announced relevant changes in their financial policies. The two emerging powers have been adopting a more “market friendly” approach than in the previous decade. India’s Prime Minister Narendra Modi has been implementing liberal economic reforms in an attempt to renew the market’s confidence, increasing foreign direct investments into the country. The Asian nation also relaxed some restrictions to international capital in the insurance sector, besides giving more independency to the banking system. In December 2014, the Brazilian government adopted tighter rules to obtain unemployment benefits, with the Finance Minister Joaquim Levy often defending fiscal adjustments, public spending control and suspension of subsidies.

If these measures will lead to stronger economic growth is a question for a near future. However, one can argue that the positive economic outcomes registered by the developing economies of Brazil, China and India in the past three decades are the result of non-orthodox policies, alongside with the fact that these countries have not been properly “market friendly” for a while.

A common argument among globalization sympathisers is that during the past three decades, the world has had economic growth due to neoliberal measures adopted by many countries. In 2002, the World Bank linked market-friendly policies, such as more engagement in trade and financial liberalization, with higher rates of economic growth. In the report Globalization, Growth and Poverty, the institution analysed 92 countries to measure their level of globalization. After taking in consideration trade tariffs between 1985 and 1997, and trade volumes by GDP between 1975 and 1997, it concluded: the three “more globalised” countries had an annual average growth of 5 per cent in the period, against only 1.4 per cent of the three deemed “less globalised”. Neoliberal policies, it suggested, were positive. This contributed to the view that the most successful emerging economies in recent years have been ‘globalization friendly’, especially when the examples quoted are China and India. However, this picture is not quite correct.

The success of some these countries, specially China, India, and Brazil, is not directly connected with neoliberal policies, but with the strong governmental control over their economies. The World Bank report is, usually, used to defend that market-friendly policies led to growth and poverty reduction. However, trade/GDP ratios do not account as an efficient measure of globalization levels. They show the amount of trade of a specific country, but do not indicate if a state adopted policies more or less liberalised. In this sense, it is possible to have a high trade ratio and still be a closed economy. As pointed out by Ray Kiely, former director of the School of Politics of Queen Mary, University of London, the link between high trade/GDP ratio and high economic growth is also not clear. Some of the poorest countries in the world have high trade/GDP ratios, but this is not necessarily the same for their GDP growth.

In 1997-98, the 39 poorest and least developed countries had an average of 43% of trade/GDP ratio, around the same as the global index. They should, therefore, have experienced being lifted out of poverty due to the benefits of trade. Even though most of them adopted liberal measures, their share of the global exports was 47% lower between 1980 and 1999. Furthermore, considering only trade and investment policies in 1997, the high globalisers had high average tariffs (35%) than the low globalisers (20%). Most of the least developed countries maintain more open trade markets and trade regimes than other emerging states and rich countries from OECD. This has not led them to development though.

An important part of the success of some major developing economies is related to the adoption of policies of industrialisation by substitution of imports (ISI) from 1945 onwards. For decades, these countries protected sectors of their economies from external competition in order to strengthen their national industry. For many developing countries, the exports of manufactures became massively important, representing 70% of their sells abroad by 1990s, against 20% of the previous decade. This was a common strategy until the neoliberal adjustments of the 1980s.

In recent decades, this context influenced the growth rates of China and India, usually seen as models of globalization. According to neoliberals, after adopting market-friendly measures the two Asian powers boosted their annual growth average of 2.9% in the 1970s,  to 5% in the 1990s. They have, in fact, benefited from global trade, but their GDP increased before their liberalization. In India, the growth rates remained almost the same after the liberalization measures of the 1990s. Besides that, both countries are still quite closed economies.

China and India adopt capital control and subsidies in many sectors. In the past decades, there was a decline in their commercial barriers, but they remain high: India’s average tariff rates on imports were 59% in the early 1990s, dropping to 8.2% in 2009. In China, they fell from 32.2% in the 1990s to 4% in 2010. Still, there is a considerable gap in relation to Peru, an emerging economy associated with liberalism, for instance. In 2010, Peru registered tariff rates of 2.5%. Canada and Chile also had lower trade barriers, but they most certainly did not grow at the same pace of China and India in the period. Therefore, it is fair to say that the liberal approach was not responsible for the success of the two Asian states.

Since the 1980s, China has grown an annual average of 7.15%, but it did so under non-orthodox policies. Regarding most goods, the country did not liberalise the trade until it could compete globally in those areas. The transition to a mixed economy was made carefully with pilot projects, such as the Special Economic Zones in the 1980s, which allowed the country to “experiment” with foreign capital. This indicates that countries do not have to adopt purely liberal trade policies in order to benefit from the global trade, as Robert H. Wade, professor of Political Economy and Development at the London School of Economics (LSE), argues.

On the contrary, these states remain adopting protectionist measures. They have even responded for some of them at the World Trade Organization (WTO), in which members can complain about “unfair” policies used by other nations. By 2014, China had received 31 official complaints, seven of them related to dumping (usually when a company charges less a foreign client and more the domestic ones in order to recover the costs of the exports, leading to unfair competition). India had 22 motions to respond, 10 of them related to restrictions on imports of agricultural, textile and industrial products. Brazil, another fast growing economy in the last decade, responded to 15 actions – four of them regarding subsidies to the automotive sector, a business that represented 5,4 per cent of the country’s GDP in 2007. In this sense, the Brazilian  government tends to concede benefits to this sector, affecting the competitiveness of imported automobiles. These examples show how three of the fastest growing emerging countries are not as globalization friendly as they may appear.

The Chinese success is also related to the strong role played by state owned enterprises. By 1996, these companies accounted to 75 per cent of the country’s urban employment. In 2009, they still responded for more than 30 per cent of the urban jobs and 30 per cent of the Chinese GDP. These results pose serious questions to liberal arguments in favour of privatisation of public companies.

In China, the government controls the foreign currency flows, directing them towards keen areas for the country’s development goals, such as the high level technology industry. The state’s role is one of the reasons behind the continuous growth of China, India and Brazil. In fact, as the economist Ilene Grabel argues, this situation may have been responsible for more stability in their economies. The control of capital inflows can, for instance, favor “desirable” types of investments, such as long-term and productive ones.

In this sense, in some sectors of the economy, the Chinese government compels foreign companies to find a local partner in order to invest in the country through a joint venture. These partnerships have a limit of the capital that can be owned by foreigners. These mechanisms aim to bring investments that will create jobs and transfer technology, which are in the base of any country’s economic success. Brazil frequently uses similar tools to chase financial speculators. Between 2009 and 2013, for instance, the government taxed some types of short-time foreign investment to protect the national economy.

Therefore, it seems fair to argue that the recent success of China, India, Brazil, and other developing economies, is not entirely (or at all) associated with the adoption of “market friendly” policies. It is, on the other hand, intrinsically related to a strong state role, protectionist measures, control of foreign capitals, among other non-liberal economic policies. In this sense, the current governments of Brazil and India should consider the past before proceeding with their economic reforms.